LO 1: to use dialogue and thoughts to advance a story

SC1: I lay out speech in inverted commas (speech marks);

SC2: I always place punctuation inside the closing speech marks;

SC3: I apply other rules of speech to punctuate speech and dialogue;

SC4: I suggest ways in which speech can be used to communicate action, thoughts or characters;

SC5: I suggest ways in which dialogue is similar and different to thoughts.

Tricky: Follow the tasks below up to and including step 4.

Trickier: Additionally, begin to write dialogue that you think might take place between the characters in the book. What else might they say at other times?

2) Look at Task 1 - Make notes on the rules of writing speech/dialogue.

3) Complete Task 2 - Try and rewrite the paragraphs so that it reads correctly, using punctuation and layout for speech.

5) Composition: Explain what the things the characters say tells us about them. 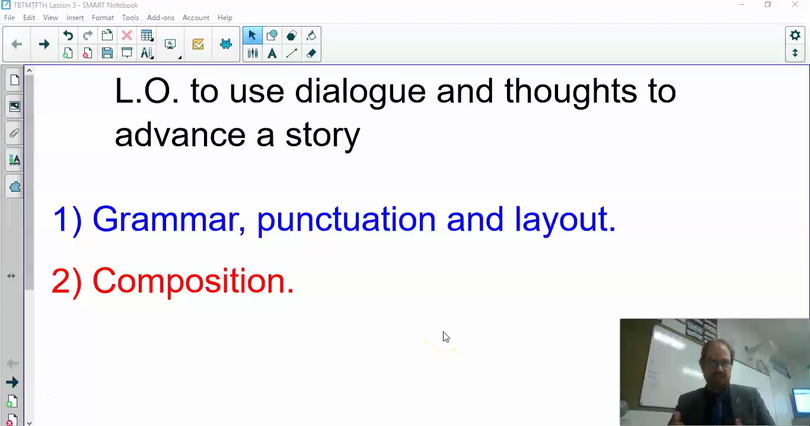 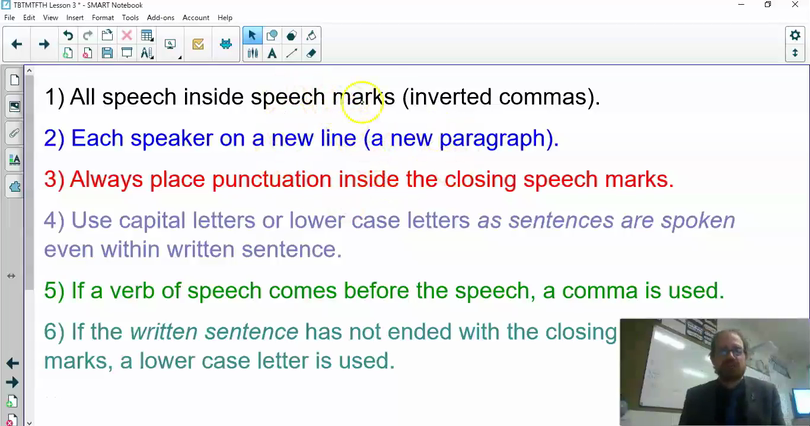 "How should speech be laid out?" asked Mr. Oliver-Dean.
"A new speaker should be placed on a new line," replied the student. "There should always be punctuation inside the closing speech marks," they continued, "which could be a full stop, a comma, an exclamation mark, a question mark or ellipsis."
"Yes," confirmed the teacher. "Also, speech should always open with a capital letter, unless it does not start with the beginning of the spoken sentence."
Thinking about this, the student asked, "Is this correct?"
Mr. Olvier-Dean replied, "It is correct. You used a capital letter to mark the beginning of the spoken sentence even though it was in the middle of the written sentence."

please help me punctuate and layout this speech asked Mr. Oliver-Dean I think I have made several mistakes with it first of all replied the children you need to put inverted commas (also called speech marks) around all speech like this? enquired the teacher yes replied his students now put new speakers onto new lines that's looking better but what else should I do 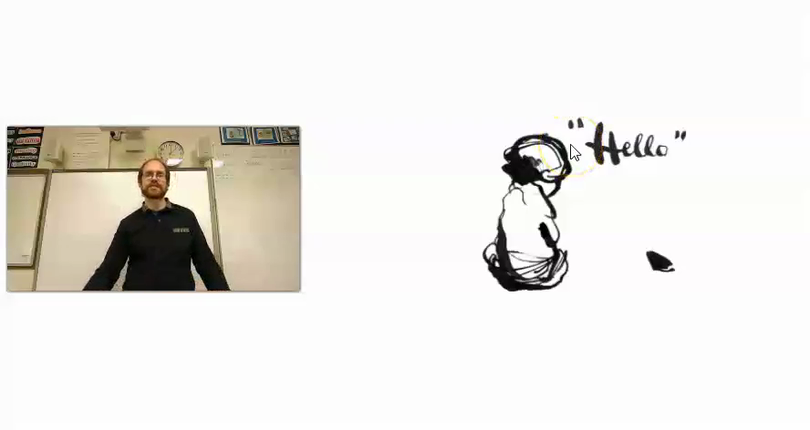 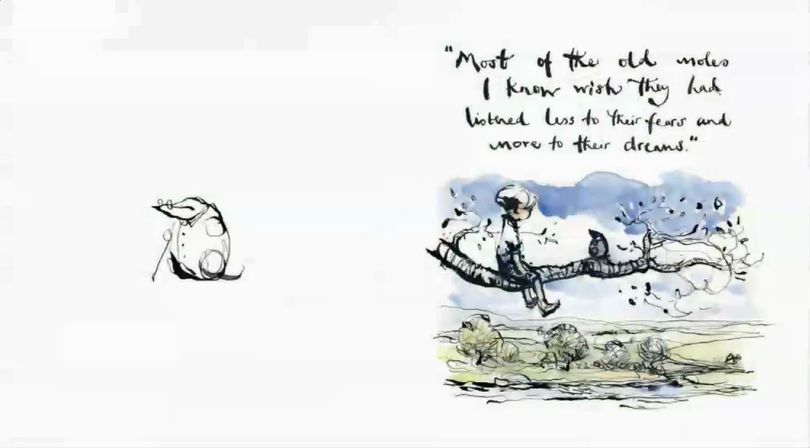