LO: to summarise features of an ancient civilisation

SC1: I describe the Shang Dynasty in general terms;

SC2: I know where the Shang Dynasty developed;

SC3: I know when the Shang Dynasty occurred;

SC4: I recall facts about daily life, religion and warfare;

SC5: I ask questions about how we know about the past (evidence).

Tricky: Summarise the information about the Shang Dynasty, presenting this how you choose.

Trickier: Additionally, speculate about what life would have been like in the Shang Dynasty, giving evidence for your ideas.

Trickier: Additionally, make comparisons between features of the Shang Dynasty and other civilisations that I know about.

1) Watch my teaching introduction video. You might also want to use the BBC Bitesize site, where some of the videos I refer to come from..

2) Take notes from the videos (including my teaching video).

2) Describe the Shang Dynasty following the suggestions for differentiation above. 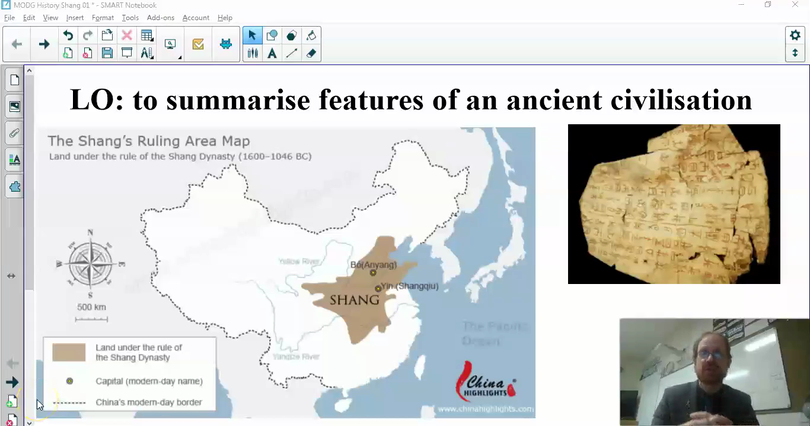