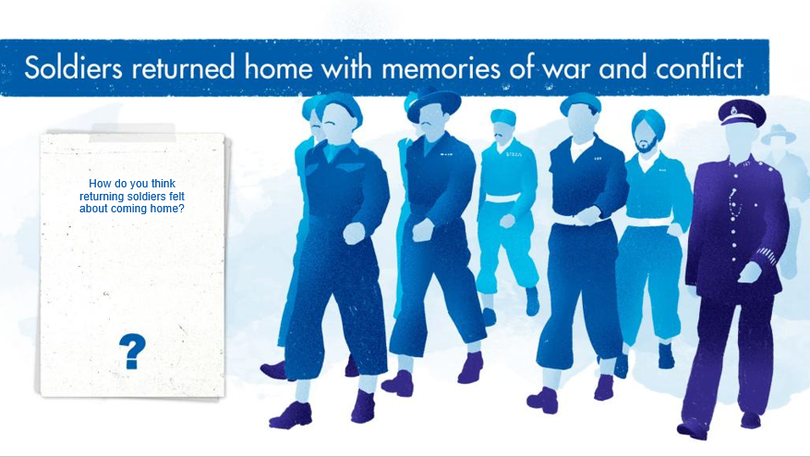 How do you think returning soldiers felt about coming home? What would they have been looking forward to the most?

Please visit the DB Primary forum to share your ideas and join in the discussions.

For those soldiers who survived and returned home at the end of the war, it wasn’t all about celebration either. Many were traumatised about what they had seen and experienced in the conflict. However, there was also great hope. Soldiers had shown endurance - they had kept going, hoping and believing that there was an end in sight.

Those returning home included surviving Prisoners of War – soldiers who had been captured by enemies. 135,000 POWs returned home to the UK from Europe. Most were not home on VE day – but made it home by Christmas 1945. However, there were still POW returning after this from the Far East.