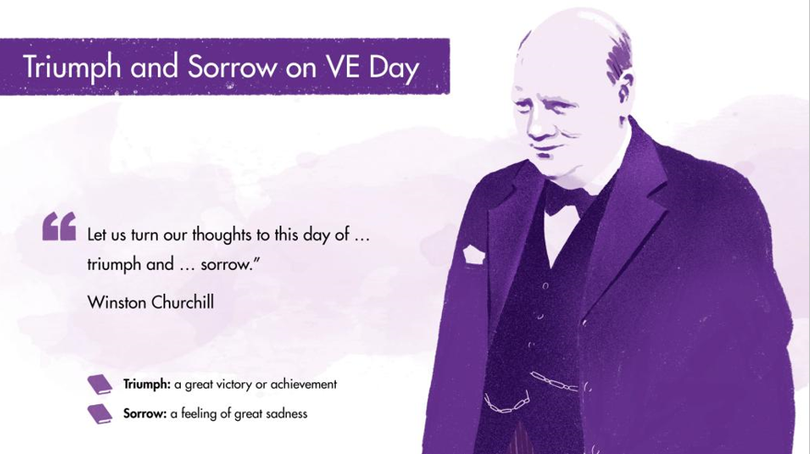 On VE day, there was a mix of feelings. It was a time for celebrating the end of the war, but it wasn’t only a celebration.

VE day was one full of triumph, and sorrow.

On the 8th May, Winston Churchill announced the end of the War in Europe with a speech broadcast from Downing St.  He said "we may allow ourselves a brief period of rejoicing, but let us not forget for a moment the toils and efforts that lie ahead".  King George VI also gave a speech, broadcast from Buckingham Palace. Both men recognised the importance of remembering those who lost their lives.

Despite celebrations and relief that the war was over, for many, it was also a very sad time.

•There was a lot of damage after the war, for example many people’s homes were destroyed in the air raids.

•Millions of people had lost their lives or loved ones in the conflict.

Is there anything we can learn from VE Day to help us during the current situation?

Please visit the DB Primary forum to share your ideas and join in the discussion.